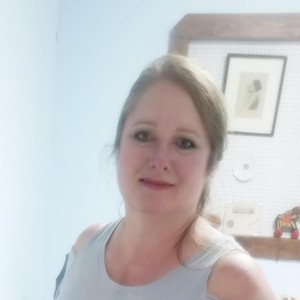 “It was horrible!”, exclaimed Liz Perez, recalling the summer of 2018 when she and Ray, her husband of 61 years, had battled an invasion of bedbugs in their South Carolina home.

Sitting in their immaculate home, it was hard to imagine how such an infestation could have happened. “My 97-year-old mother was living with us at the time. She had a closet full of clothes and shoes brought from her apartment,” Liz said. “She also brought home little things she had won in games at Adult Day Care. Anything could have started it.”

“When Mom moved to an assisted living center, that was when the problem really started,” Ray said. “Once the critters found she was gone from our guest bedroom, they went looking for another ‘McDonalds’, and that’s when we started getting them in our bedroom!”

Liz had quickly put all their bedding through the washer and dryer, but that didn’t seem to make a dent in the problem.

“No matter what we tried, we couldn’t get rid of them,” added Ray.  “We had a commercial exterminator come in with his chemical sprays, but that didn’t even seem to slow them down. It was like chasing a ghost!”

“After four months, we were at the point where we were either going to sell our home or burn it down,” Liz moaned.  “One morning I actually found one on my pillow,” she said. “It was as big as an apple seed!” Liz covered her face with her hands in embarrassment. “I have always tried to keep a very tidy home. I just couldn’t bear the idea that this had happened to us.”

Gina Fielders, a friend the Perezes knew from church, mentioned she had a sure-fire way to rid any home of bedbugs as well as any other unwanted “critters”.

“We were hopeful,” Ray said, “but we didn’t expect such incredible results within one week!”

The process was not a simple one for the Perez household. First everything…. EVERYTHING… in the home had to be removed or washed thoroughly, including all the furniture, pictures on the wall and draperies from the windows. Even the garage had to be totally cleaned out.

Once the house was ready, Gina’s crew brought in two large, blue, industrial strength heaters equipped with powerful fans which the Perezes rented from her, complete with thorough instructions on their use. The machines were first placed in the bedroom area, one plugged into each of two 220-volt outlets normally used by the stove and clothes dryer. With the equipment turned on, everyone left the house. One day later, the heaters were moved to the garage and rooms at the other end of the house, then activated for another 24 hours. With each treatment, the specialized heaters had brought the temperature in the house to an intense 107-115 degrees, a temperature at which nothing living could survive.

When the Perezes  could once again turn their house into a home, they were delighted to find no evidence of even one bedbug, nor any spiders, mice or other pests.  None could stand the heat! Now, some nine months later, their home is still free of the tiny pests.

“We can’t thank Gina enough,” declared Liz. “I only wish other people knew what a great job her equipment can do for people in need of a miracle as much as we were.”

We will send the Free Ebook and more new updated information to your inbox, once a week.

Do You Know
Many People Make
Huge Mistakes
when Treating Bed Bug?

Bed Bugs Gone in One Day Without Dangerous Chemicals

Is there a secret to really flattening a bed bug infestation? Fortunately, YES. But the solution will probably surprise you: Extreme heat. As proven conclusively by both science and the experience of thousands of satisfied homeowners, the proper use of industrial-strength equipment to safely circulate extreme heat in an apartment, condominium or complete house will conclusively kill off all life cycle stages of a bed bug infestation.

A common method for getting rid of any pest is to use over-the-counter chemicals to kill them. Many people don’t realize that chemical treatments are poisonous and considered very dangerous

Do not try to treat a bed bug infestation with mothballs

Subscribe for help and advice on killing bed bugs, dust mites, and any bugs, starting with this free ebook!